The Real Estate Institute of NZ (REINZ) released its September monthly property report last Tuesday 15th October.    Auckland’s median price increased for the first time in 11 months – up by 3.7% compared to August 2019.  However, the increase when compared to September 2018 is only 0.2%, returning to around the $850,000 mark, where it has sat for a few years now.  So it’s too early to call this an upward trend.

The number of sales increased by 0.7% compared to August 2019, and 6.3% year-on-year.   However, new property listings decreased by -22.5% annually – the largest decrease in new listings in the North Island.   This decrease in listing numbers could have a flow-on effect and result in less sales and keen competition.  However, we usually experience a surge in new property listing during the October and November months, so time will tell. 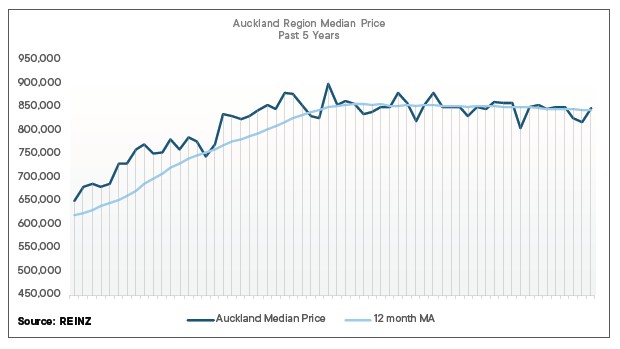